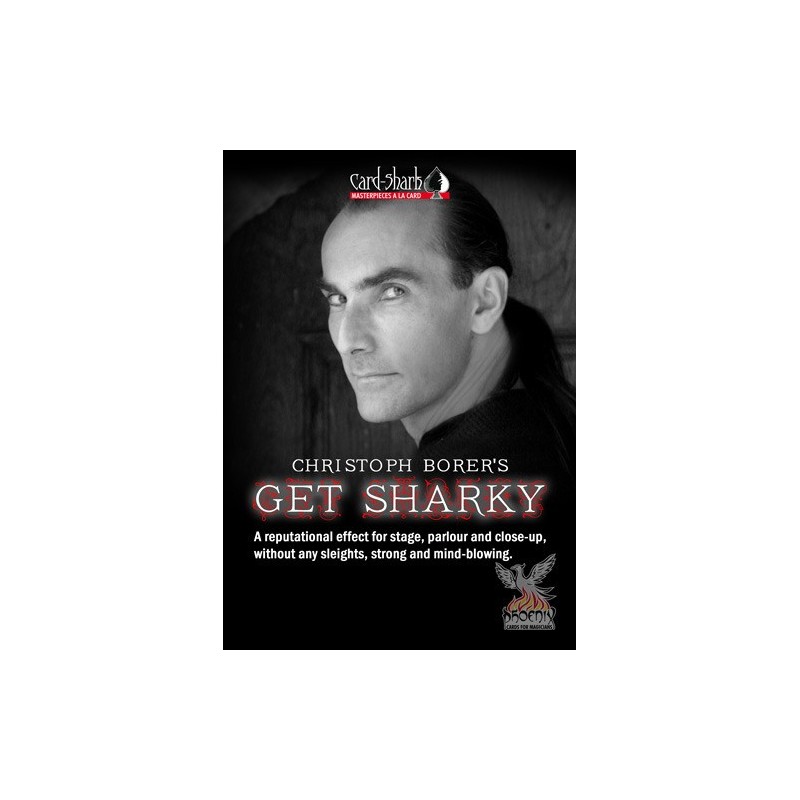 Get Sharky by Christoph Borer

"I have not been this fooled EVER." - Jon Armstrong

"I must have one for myself." - George Schindler

"I love it when the method is as clever and cunning as the effect." - Gregory Wilson

"I usually hate card magic but this effect is awesome. It's a must have for everybody." - Dirk Losander

The magician explains that he is going to show a trick that was performed by a famous one-armed magician.

To demonstrate he places his right hand in his pocket. With his left hand he holds up a deck of cards and instructs the spectator to peek at any card he likes.

The magician slowly removes his right hand from his pocket and shows the selected card! A miracle.

Christoph Borer, the inventor of this trick, released this effect years ago but only in the German speaking countries where it gathered great reputation. Now it is available in an even more convincing version using Phoenix cards. We fooled all great names in magic in Atlanta, San Diego and at the Magic Castle, Hollywood. The method is so brilliant you'll love to perform it.

This is a great effect and can be performed on stage, parlor and closeup. Remember everything happens in the spectators hands. The deck can be examined and the effect can be immediately repeated with a different outcome!