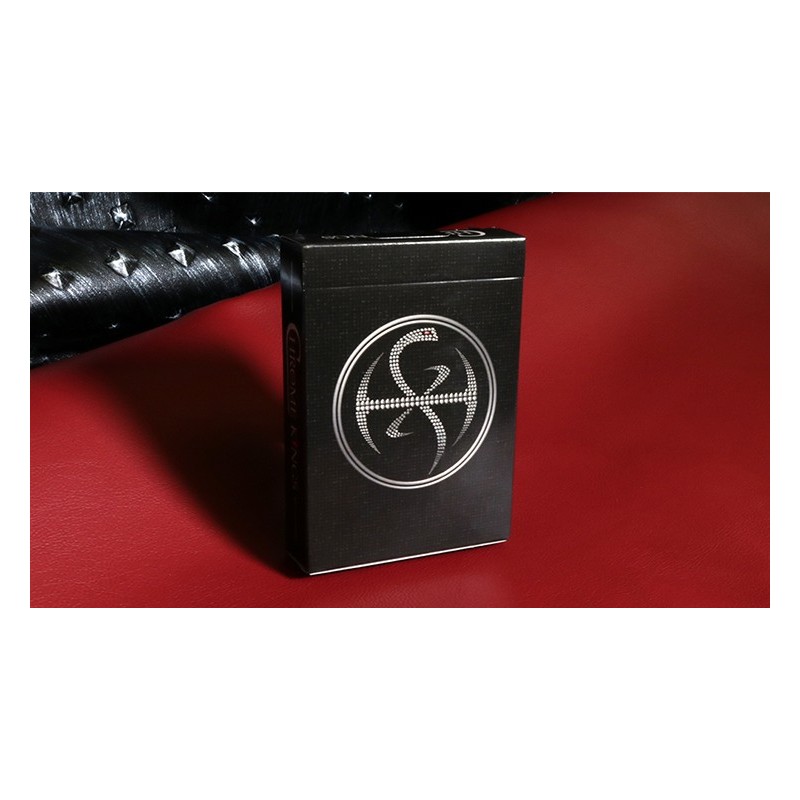 The Chrome Kings Playing Card Project has long been a dream of underground playing card legend, De'vo vom Schattenreich. As a world-renowned card expert, producer, and art director, De'vo has produced 30 of the world's finest playing cards. De'vo's playing cards have appeared on television including Stan Lee's Super Humans television show! De'vo's cards are in the homes of celebrities and Hollywood superstars and used by magicians, card players, and card artists around the world. Some of his decks sell out just minutes after release. Several years ago, De'vo had an idea to create a complete deck of playing cards in complete 3D environments and wanted to create this on his own, without help from any other artists. De'vo began the long journey and, finally, his very first work of art is complete! Each and every court card is its own fully detailed 3D model that was built from scratch, then textured, lit and photographed for each card. The photographs taken of each model are then printed on playing cards by the USPCC - Made in USA!

CHROME KINGS ARTIST EDITION-- there has never been anything quite like this deck! The amount of ingenuity and thought/design that went into this deck will blow you away! This incredible deck was created with the collector in mind. The back design is similar to the Players Edition, but with a Dragon on the back dial. Each court card is different, and has split images of each court card 3D model at different angles. The number cards of each suit were carefully designed to come together and form the 3D King of each suit into a mini poster. Each deck contains four "mini-posters" created by the number cards. The box and special cards within were designed specifically for a color changing deck routine for magicians. The box can look silver or red, depending on which angle from which it is viewed from. This deck has a special Ad card with De'vo's signature, a red/silver double backer, and two different Jokers with red backs for the color changing deck routine. This deck also has a silver foil seal.