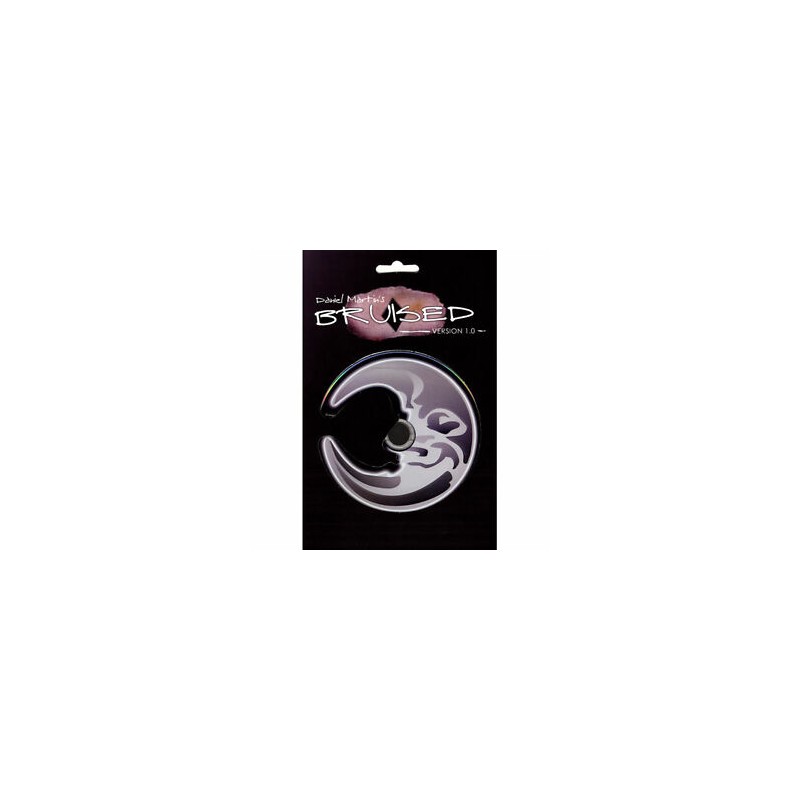 Dan Sperry presents Daniel Martin's Bruised! Bruised is a great way to reveal a chosen or thought of card but it is much more than that. It can be used with coin tricks, ESP tricks, to reveal a number, name, initials, or word and so on - limited only by your imagination and is perfect for a performer at any skill level.

Imagine vanishing a coin and having it reappear in the form of a bruise on your arm. Have a spectator throw a deck of cards at you and after declaring that you bruise easily and he threw it too hard, you roll up your sleeve to show the chosen card BRUISED on your body. Or just have someone squeeze your wrist and send a thought to you. The best part about this is it can be used as an impromptu trick with no setup. It takes less than a minute to apply and once the bruise is on you it lasts for days. These are the exact same type of bruises used in the film industry and, believe it or not, you don't have to mess with makeup. These are made just like temporary tattoos, only they are made by a company out of LA that does this for all the major movies and when you put one of these on, it looks like you are really bruised."I love it. I use it."- Andrew Mayne"This is, quite simply, brilliant!"- Simon LovellIncludes 8 sheets of "bruises".Running Time Approximately: 30min