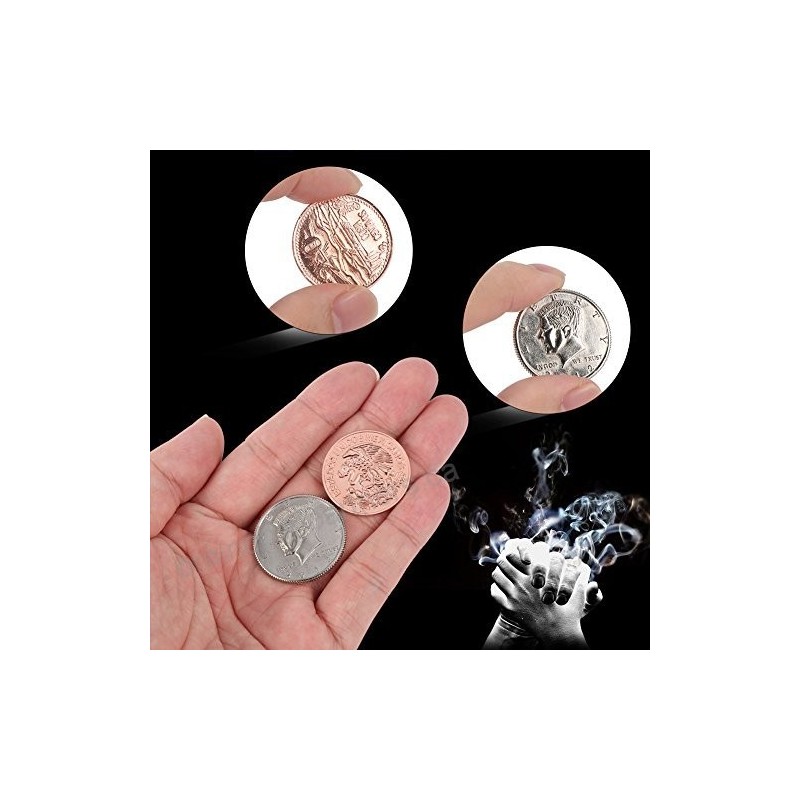 The American Scotch and Soda.

This is a new version of an old but extremely popular set of gimmicked coins that allows miracles. Scotch and Soda is one of the most popular and best selling effects in coin magic. And with good reason... it is versatile, easy, and packs an extremely strong effect. For many years, magicians have performed this effect with half dollar and English penny coins, Both of these coins are relatively uncommon to the general public. It thus was an oddity that might cause suspicion as being special "tricky coin". English Pennies are no longer in circulation and half dollars are not common. The new American Scotch and Soda uses common coins... an ordinary US Quarter and a new US Dollar Coin. The coins are thus looked at as common objects. This takes away the suspicion and puts the focus on the miracles possible with these amazing gimmicked coins. Take these coins from your pocket and perform one of the many miracles possible with the classic Scotch and Soda coin set. But now do these miracles with coins that the public can relate to.