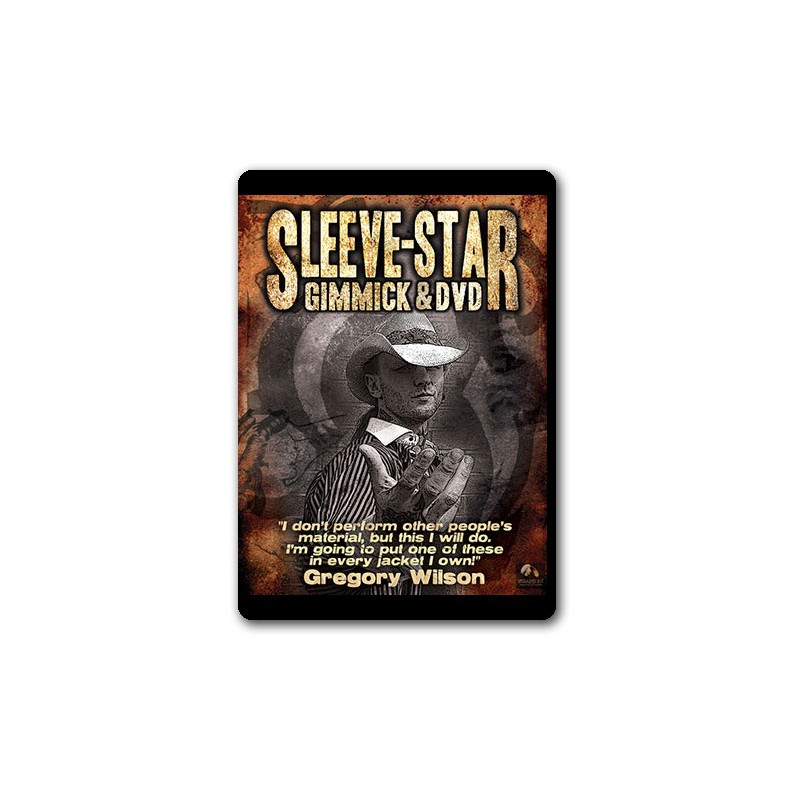 For years sleeving has been a Holy Grail for many performers. David Jay is one of the world's greatest sleight of hand experts and has spent the last 20 years taking sleeving to a whole new level. Now Wizard FX Productions are proud to present the release of one of the most anticipated items to hit the magic community in recent years - Sleeve Star.Sleeve Star is more than a trick. It's an incredible utility device that you can incorporate into your existing routines. Imagine closing your hand around a coin or a borrowed ring and then showing it has vanished and is now in the other hand which has been behind your back since the start of the performance! That is just one effect possible with Sleeve Star.Sleeve Star includes a DVD with in-depth teaching on the art of sleeving as well as instructions on how to install and operate the Sleeve Star so that you can make the most of its limitless potential. Five of David's favorite routines are also explained.Coin Teleportation - When Greg Wilson first saw Sleeve Star he helped David routine this effect and it's a KILLER. A signed coin vanishes with one hand and is found moments later in the other hand, which had been held behind the performer's back from the beginning of the routine. This can also be performed with borrowed rings and other objects.Anniversary Coins - Following an in the hands transposition, two borrowed signed coins fuse together as one, freezing the moment of magic perfectly.Coins Across - Imagine being able to perform a coins across with just three signed coins, no gimmicks, no gaffs, no extras. This is the cleanest version of the plot you will EVER see.Coins To Pocket - Three signed coins travel from your hand into your pocket with no palming.Signed Coin to Envelope - A signed coin vanishes and appears in a sealed envelope which has been on display from the beginning of the routine.Please also note that this utility device can be used with jackets or shirts.No sewing required. No strings, no pulls, no vacuums, no conveyer belts and no hidden female assistants.Don't just sleeve. Be a SLEEVE STAR!"I don't perform other people's material, but this I will do. I'm going to put one of these in every jacket I own!"- Gregory Wilson