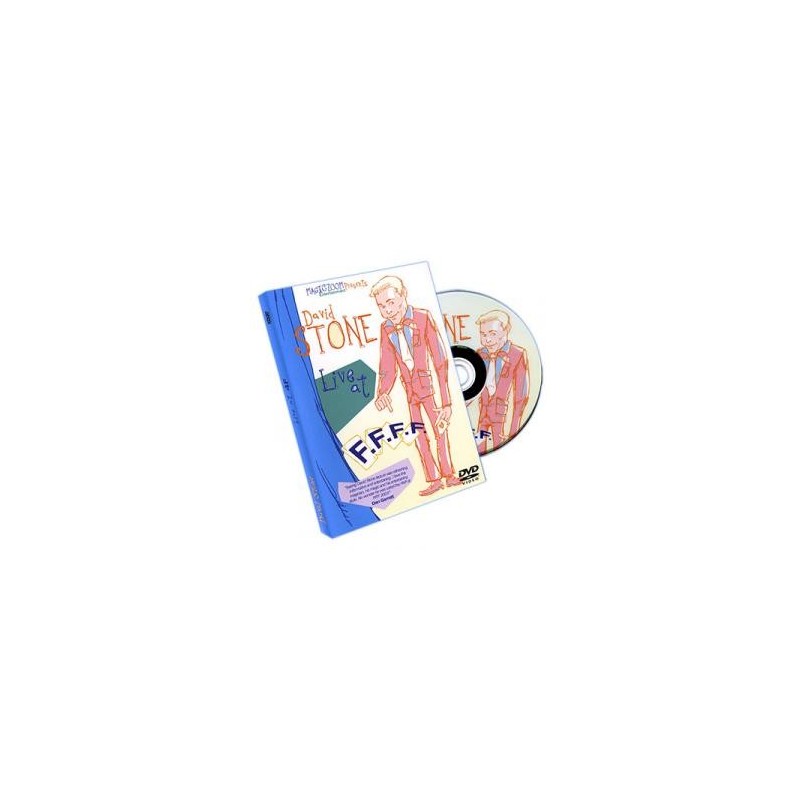 Sneak into one of the world's most exclusive close-up conventions, Fechter's Finger Flicking Frolic, and watch David Stone present the lecture that won him the Most Valuable Person award in 2003! Learn all the sleights, subtelties and finesses that have made each one of these routines a mainstay in David's close up act.Routines included:Splash Bottle: A flash appearance of a bottle, for close up or stage.The Mulberry Production: A startling, no gimmick production of four coins!Double Flip: An original double-lift flourish for the card fanatics.Stone Change: One card, held at the fingertips, visibly changes into another! This is David's striking approach to Ed Marlo's Snap Change.Cacoon: The magician puts a coin on the table., picks it up again to play with it, then returns it to the table, whereupon the spectators see that there are now actually four coins on the table! A powerful lesson in misdirection.Flash Card: A selected card flies out from the center of the deck during a rifle shuffle.The Opening Trick Theory: David shares his discoveries based on years of work at some of the most prestigious restaurants on the Cote d'Azur. This is entertaining, funny, and extremely valuable advice!Self Worked: Despite the fact that the magician does not appear to handle the deck in any way, a thought-of card vanishes! This is absolutely diabolical! Over 80 minutes of magic, without cuts, as if you were there, plus an incredible Bonus Section featuring 3 more tricks and Surprises!