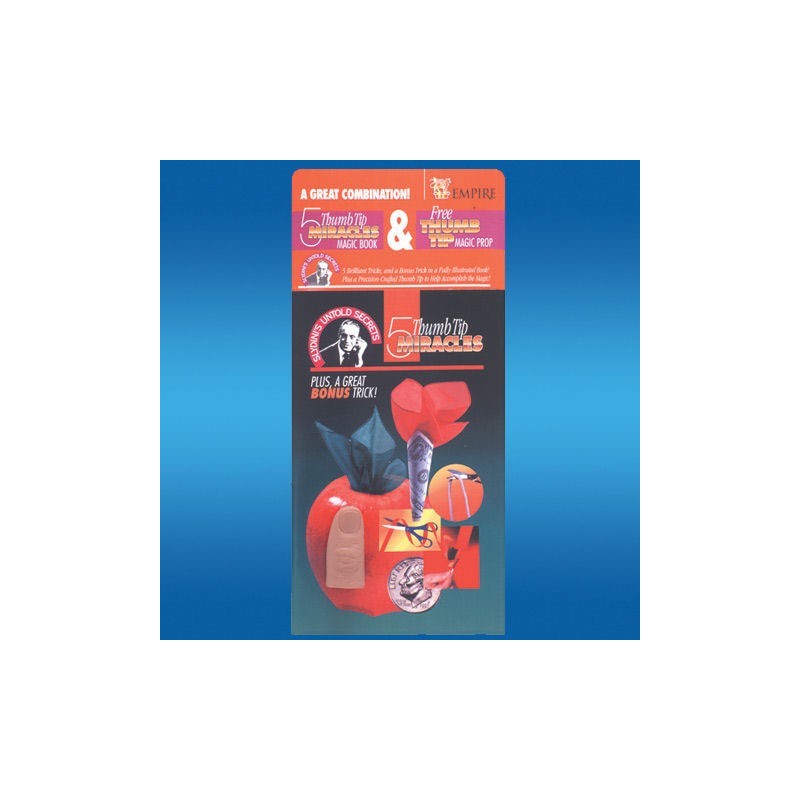 Slydini's Untold Secrets 5 Thumb Tip Miracles If you know of Slydini, you know his magic was powerful, deceptive, and charming. If you've never heard of Tony Slydini, then you're very new to magic. Slydini was one of the all time great masters of sleight-of-hand, but even more noted for the subtleties of perfection that he added. Subtleties of Misdirection . Subtleties that charmed the shirt off your back, while he fooled the pants off you! To this day he is a revered teacher and legendary master of close up magic. One of Slydini's favorite magician's gimmick was the humble thumb tip. But in his hands, it became a lethal weapon of mass deception! It is only appropriate that it is a humble booklet that packs Six Full Slydini Routines, using a thumb tip. All six are great for close up magic, but some will entertain on stage as well. As taught to, and explained by, one of his students, Alma Richie (aka. Bluestone.) Fully detailed with instructions and photo illustrations. The Restored Ribbon Miracle Rope Restoration Silk from Dollar Bill Adam and the Rib (( This routine was performed by Doug Henning on Johnny Carson's Tonight Show! )) Coin Guess (The vanish and reappearance of six coins.) Bonus Routine: Flames to Red Ashes. A classic Slydini stage routine. Learn from the best. Learn to turn your thumb tip from a common well known prop into an artful demonstration of real magic. Thumb tip included.