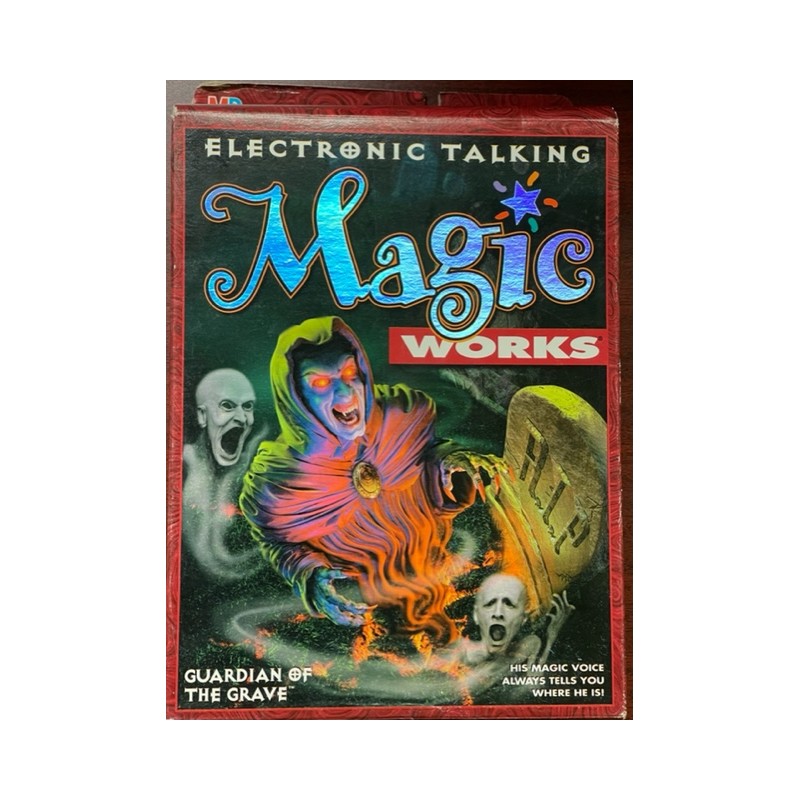 Milton Bradley the famous US game company brought out a series of magic tricks under the brand “MAGIC WORKS” that were sold in toy stores and mass marketers in the mid 90’s. The first effects were manufactured by Tenyo of Japan and then later MB enlisted the help of Mark Sedducatti to create three additional Electronic effects. The “Guardian of the Grave” is one of those later effects. Since it was designed for the public, it is self working but nonetheless a very clever amusement.

To perform the trick, a grid of 9 graves is laid out on a table. On of the graves contains the Guardian’s coffin card. The Guardian is placed on the grid and tells you how many spaces to move him. When he is placed on the grave, he will tell you that grave is empty and it is removed from the grid. This process continues until only the grave containing the guardian’s coffin remains. When only one grave remains the Guardian’s spooky voice says ***I’m Alive! ***. The set includes the electronic Guardian, 9 graves, the coffin card, the clue card, easy to follow instructions and special performance hints. The set is in good condition, however the box has some edge wear and taped repairs. Requires 4 AAA batteries (NOT INCLUDED) Recommended for ages 8 and up.