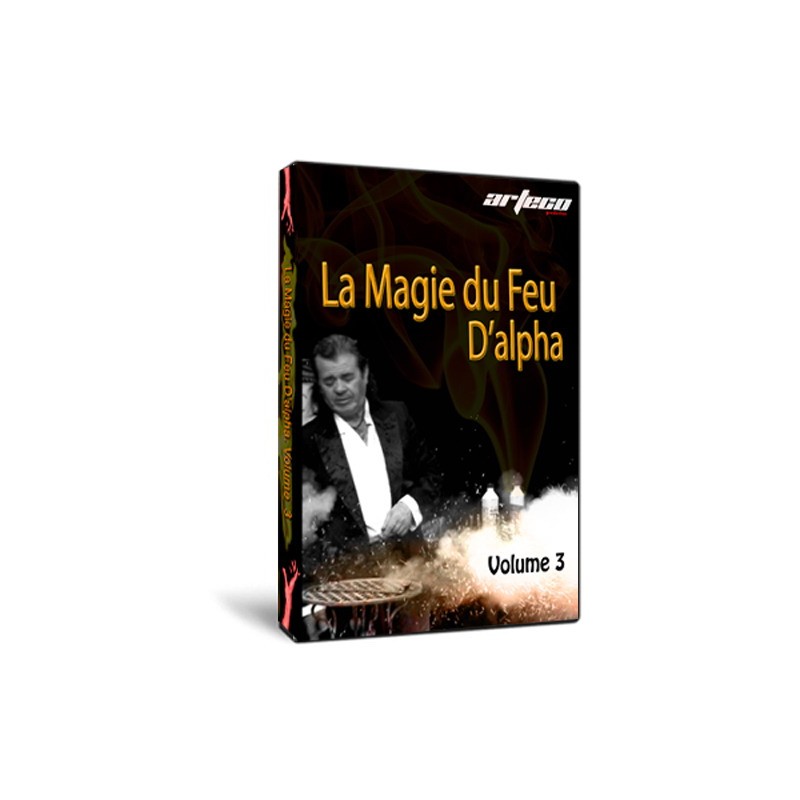 VOLUME 3: THE SPECIAL EFFECTS1/ Basic ProductsSuitable for each 4 volumes of the DVD set, Alpha covers the basic products you will need to perform the effects described among the program.2/ Sound EffectsGun shots, cannon shots and other explosive sounds are described in this chapter. Real sounds effects make your act more realistic, versus using a recorded soundtrack, and will definitely enhance your magic act.3/ Flash Pot (Basic)The basic flash pot allows you to create a burst of smoke in a loud bang using fast flash powder, or a cloud of smoke if you are using slow powder. Alpha also reviews the pre-made flash pot that you can find in stores.4/ Flash Pot (Ball of Fire)This version will allow you to create a ball of fire from a flash pot, in a burst of smoke. This is a fairly safe effect, yet very visual.5/ Flash Pot (Flaming Pot)The flaming pot creates a massive burst of flame that look like the flame of a rocket. Must be performed with caution.6/ Airburst GunsAlpha shows how an airburst gun is made, and how to set it up. The explosion of an airburst looks like a firework.7/ Short Circuit (2 Versions)This effect gives the illusion that you create a short circuit by putting a screwdriver in an electric plug.8/ Other GimmicksIn this final chapter, Alpha shows 5 different gimmicks that are used to create different special effects.