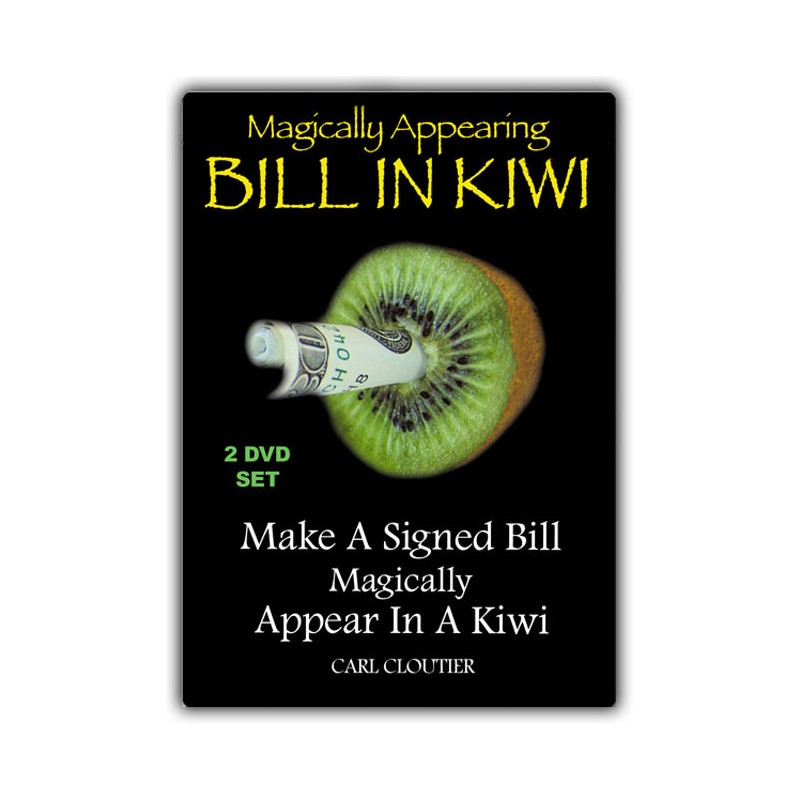 You are about to learn the signature routine and secret of a world champion magician; Carl Cloutier.

A spectator's signed bill vanishes and reappears in a kiwi held by a spectator. This illusion is so powerful that it becomes magic right before your audience's eyes...

You also get a second DVD containing 10 more world champion routines with step by step instructions from Carl Cloutier.

Join Carl Cloutier for a close-up performance in Lake Tahoe and one on one instructions in studio.

DVD TWO You Will Watch & Learn:

About the MagicianCarl Cloutier - Carl has taken many awards for his magic, such as: The IBM top Close-Up, London's 9th. International Close-Up Competition, The Desert Magic Seminar Impromptu Challenge, Desert Magic Seminar Close-Up Award, World Champion Close-Up Magician & the FISM competition in Yokohama Japan. His DVD set is a bargain at any price.